The Ray Thomas Edwards Foundation, established in 1997 as a 501(c)(3) nonprofit organization, is funded by an endowment from the late Ray Edwards. 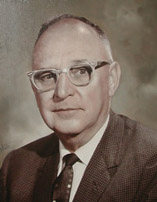 Financial support has been provided to the Salk Institute for Biological Studies, The Scripps Research Institute, University of California, San Diego, and the Neurosciences Institute through various awards and charitable contributions granted by the Foundation. The Edwards Foundation's role in supporting promising researchers early in their careers is the subject of an article in the December, 2010 edition of biosphere e-news, UCSD Biological Science's online news magazine.

The Edwards Foundation has announced the recipient of its 14th Career Development Award. Chih-Ying Su, PhD, Assistant Professor in the Neurobiology Section, Division of Biological Sciences, UCSD, will receive research funding from the foundation for the three year period 2015-2018.

The Edwards Foundation has announced the latest recipient of its Foundation Fellowship Award. David Gonzalez, PhD, Assistant Professor of Pharmacology at University of California, San Diego, received research funding from the foundation in 2015. Dr. Gonzalez's research centers on mass spectrometry based drug discovery.

The Foundation has provided financial support to Scripps Clinic to analyze ovarian cancer cells in the blood stream in order to better understand the spread of this cancer, with implications for both treating the disease and screening for it.

The Edwards Foundation is proud to be the exclusive sponsor of the 2012 Kuffler Lectures Dinner, to be held May 11, 2012 at the Birch Aquarium at UCSD. The lecture is held annually in honor of Stephen Kuffler, the first chairman of the Department of Neurobiology at Harvard University. This year's featured speaker is Dr. Cori Bargmann of Rockefeller University.

The Edwards Foundation has provided funding to sponsor the 2011-12 Profiles in Discovery program, the focus of which is to record and preserve the late-career insights and observations of outstanding scientists who have been pioneers in UCSD Biology.

The Edwards Foundation has completed funding to endow the Ray Thomas Edwards Biological Sciences Eureka! Research Scholarship at the University of California, San Diego. The endowment will grant awards annually beginning in summer 2012 to support undergraduate research opportunities in basic and translational biology.

The Ray Thomas Edwards Lectureship in Neurobiology & Neuroscience at UCSD

Since 2005 this endowment has supported the annual keynote lecture at the UCSD Neurosciences Graduate Program Retreat, known as the Ray Thomas Edwards Lecture. The featured speaker in 2011 was Dr. David Linden of Johns Hopkins University.

Since 2002 this endowment has provided an annual fellowship award to an outstanding gradute student in the Division of Biology at UCSD. In 2010 the award was granted to Herve Tiriac, a 5th year graduate student in the laboratory of Tracy L. Johnson, herself a recipient of a Ray Thomas Edwards Foundation Fellowship in 2004.

The Edwards Foundation has provided funding in support of the 50th Anniversary of UCSD's Science Matters series (November 18, 2010--April 11, 2011), which focuses on the three big issues of the "New Biology Era": health, environment, and energy.

The series began with a special lecture by Nobel Laureate Susumu Tonegawa, From Molecular Biology to Immunology and Neuroscience: A Journey of a Lifetime, given as part of the UCSD Biology Founders' Day Celebration, held on November 18, 2010.

The George E. Palade Celebration Symposium was held on January 28, 2010, with financial assistance from the Edwards Foundation. Eight presentations celebrating the life and work of the renowned cell biologist and Nobel laureate were made by colleagues and former students.

The Edwards Foundation has provided funds to UCSD Division of Biological Sciences in support of its 2008-2009 Nature Matters lecture series, Science Matters.

The Edwards Foundation has provided funds for sponsorship of the 2009 La Jolla Historical Society lecture series, The Emergence of Pioneering Scientific Institutions in La Jolla: UCSD, The Salk Institute, and The Scripps Research Institute